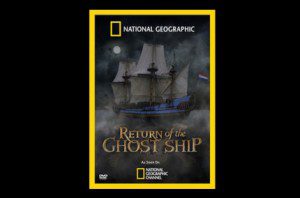 National Geographic commissioned Deep Sea Productions to film a documentary of the project during the 2010 expedition onboard MV Icebeam. The programme will be broadcast as part of the ‘Expedition Week’ series, commencing on 3rd April on the National Geographic Channel. The ‘Return of the Ghost Ship’ episode is to be shown on Wednesday 6th April. Further information, including preview videos and images, can be found on the Expedition Week webpages. First discovered by Marin Mätteknik AB in 2003, the ‘Ghost Ship’ is a virtually intact 17th century Dutch fluit. Lying upright on the bottom of the Baltic Sea, at a depth of 130m, the wreck is exceptionally well preserved. The expedition was the most advanced deep water maritime archaeological project ever conducted, using the latest survey techniques. One of the main objectives of the project was to create a detailed 3D model of the wreck, using an ROV mounted Reson 7125 multibeam system.